This Figure and Accessory Pack features the Pontypandy Fire Station fireman’s pole for sliding down in an emergency.

Other accessories included are two trees, two road cones and a firefighter’s toolbox.

This set is worth getting if you don’t already have the three figures, particularly Elvis Cridlington. The Fireman’s Pole accessory is a nice display piece but has very limited play value. Still, you can clip on a figure and send it whirling down the pole. 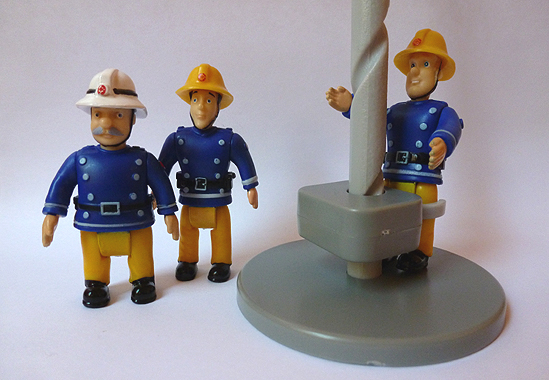 Other Figure and Accessory Packs can also be found.