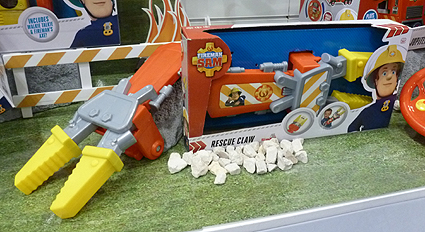 With the Rescue Claw set fans can perform emergency rescues just like their hero Fireman Sam in epic movies such as The Great Fire of Pontypandy.

But don’t worry mums and dads as this Rescue Claw is perfectly harmless – even naughty Norman could play with this one safely, and that’s really saying something!

The Rescue Claw is the ultimate accessory to go with a Fireman Sam dress up costume and safety helmet – don’t leave home without one!