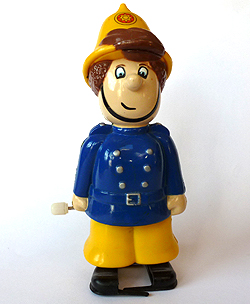 Ertl were one of the very first toy companys to release a range of Fireman Sam toys. 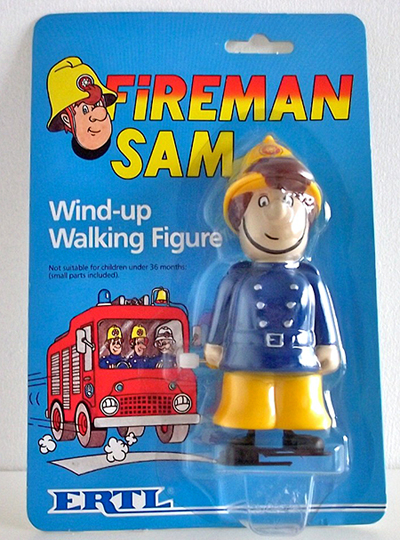 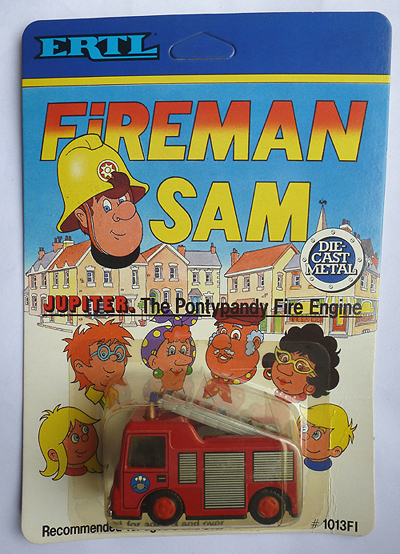 From 1988 American toy specialist ERTL produced their die-cast version of Jupiter. This was a carded Jupiter in a blister pack, ‘Jupiter The Pontypandy Fire Engine’.

The ERTL Jupiter, registration Jupiter 999, was all metal with a plastic base, approximately 3″ in length.

ERTL also released their ‘Motorised’ Fireman Sam Jupiter Fire Engine. This was a larger scale fire engine with pull back and go action which came boxed.