These accurately detailed Fireman Sam toys are perfectly scaled to the Fireman Sam figures and playsets and all feature much improved sound effects. Many of the vehicles have never been released previously by any other licensee.

To find every single vehicle released so far use the dropdown menus above for more details and pictures. As soon as we get details of any new vehicles we add them to the site, so bookmark us and keep checking back regularly for the very latest on new vehicle releases. 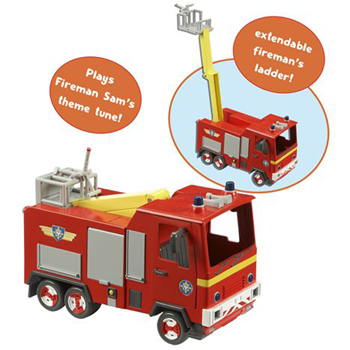 The ultimate Fireman Sam toy, without which no collection would be complete is, of course, Fireman Sam’s Fire Engine Jupiter. Unlike previous versions, Character Options Jupiter actually plays the Fireman Sam theme tune as well as well-known phrases from the show. This Jupiter fire engine also has opening doors and an extendable fireman’s ladder. 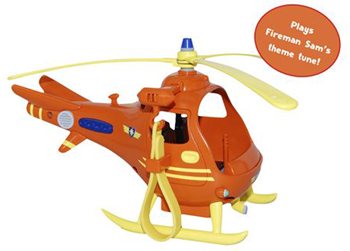 Also available in the Fireman Sam toy vehicle range is the Ambulance which comes with a paramedic and medical bag. 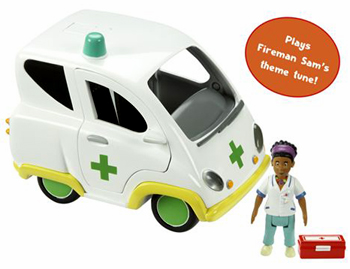 The Nurse Flood figure comes with an emergency medical bag. This is actually the first release of the Helen Flood figure.

For more on the latest releases use the dropdown menus above or click on the links below.