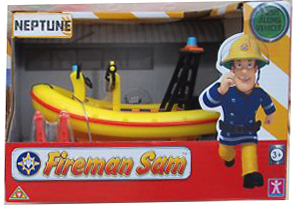 The Character toy version of Neptune the Rescue Boat was first released in 2010. 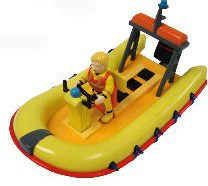 There are two earlier versions of Neptune by Born to Play; a floating Neptune with wind-up outboard and a smaller die-cast toy version. The floating Neptune has a removeable articulated Penny Morris figure in yellow, without a helmet. Both of these Fireman Sam toys are now discontinued. 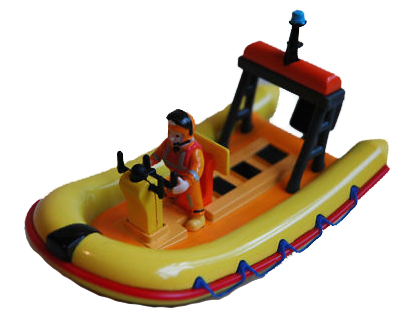 Penny usually takes the helm of Neptune which a fast-moving rigid inflatable lifeboat. This toy goes very well with the Fireman Sam Boathouse Playset, which does include Penny. There are also figures of Sam and Penny in sea rescue outfits available separately; the figures can be strapped in behind Neptune’s helm.

Neptune can be pushed along on the wheels on the base of this Fireman Sam rescue boat.