The figures are great to collect. They are colourful, wonderfully stylized and really bring the show to life.

Each figure comes with a collector’s checklist leaflet.

Prior to that a range of two figure packs were released. You can find Fireman Sam in mask and oxygen gear with Fire Officer Steele or Fireman Sam in fire-fighter uniform with Tom Thomas in his pilot’s uniform. Also available is a twin Fireman Sam figure pack of Norman and Dilys. Plus a twinpack of Sam and Penny. 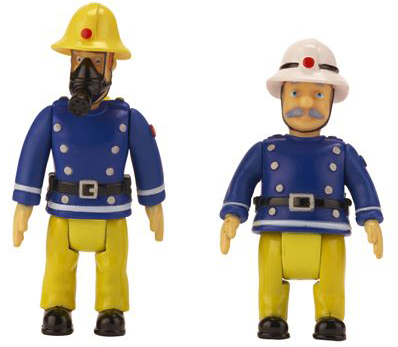 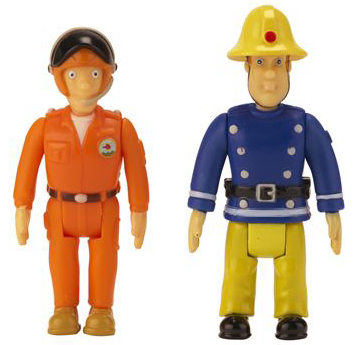 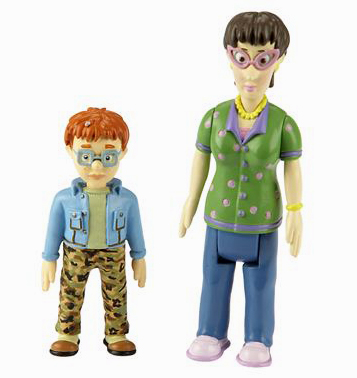 Dilys Price runs the local shop in Pontypandy and ‘naughty’ Norman Price is her son. Near-hysteria seems to be about par for Dilys, not surprising given the penchant for mischief of ever-troublesome Norman. Curiously, the Dilys Price figure is the hardest figure to track down, at the time of writing. 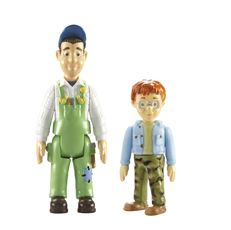 The Norman figure can also be found in a twinpack with Pontypandy handyman Mike Flood. Mike Flood is the husband of Nurse Flood, and Mandy’s dad. 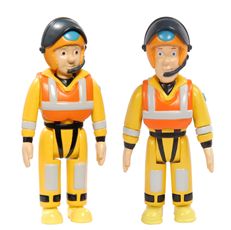 The twinpack of Sam and Penny has the intrepid firefighters in their sea-going rescue gear ready to launch the Neptune Rescue Boat. Firefighter Penny Morris is the very valiant sole female firefighter in Pontypandy. Fireman Sam and Penny have their yellow high-vis suits and inflatable safety jackets plus helmets equipped with two-way radio.

Fireman Sam in the red and yellow helmet is found with the Fireman Sam Quad Bike.

The Elvis Cridlington figure is found in the Fireman’s Pole Accessory Pack. 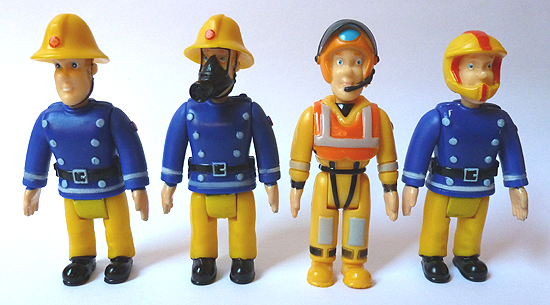 So far Character have released four different Fireman Sam figures; the standard release, with oxygen gear, in sea rescue gear and with his quad bike helmet.

A full list of all the figures so far, regularly updated, and with links to detailed information and pictures can be found on our checklist page. 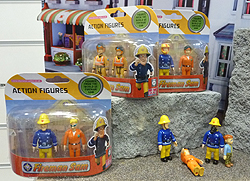