Bandai released a Fireman Sam figure and a pull back and go Jupiter. 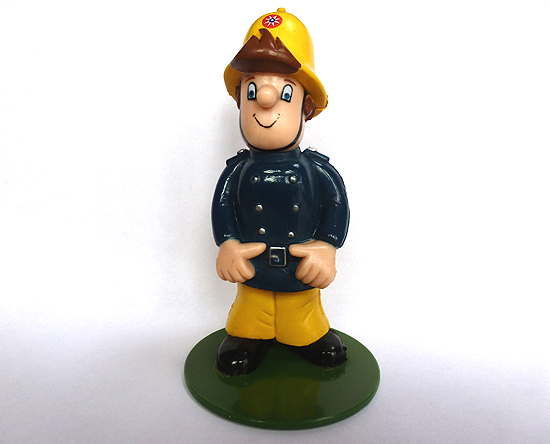 The Bandai Fireman Sam figure is a welcome addition to any collection of vintage Fireman Sam toys. 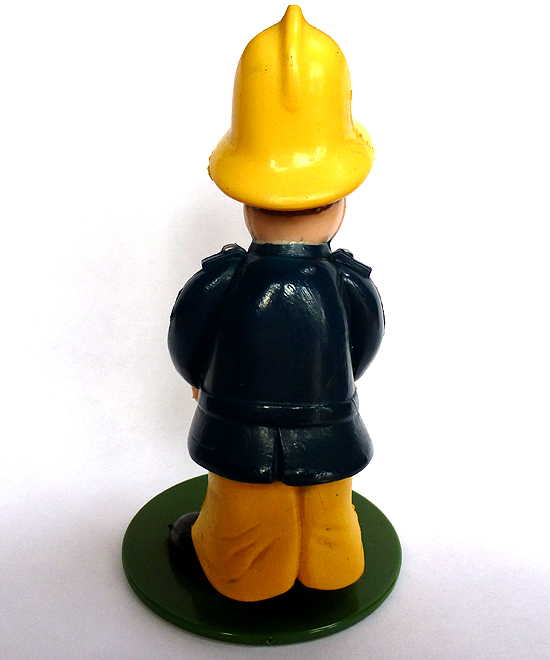 In the 1990’s Japanese toymaker Bandai released a collection of character figurines standing around 4″ tall on a solid green plastic base.

The Bandai figurine has the earlier Fireman Sam styling also found on the figures by ERTL and Bendy Toys. This is most notable with the hair quiff going over the front of the fire helmet.

The type of plastic used has a kind of rubbery feel though this is a figurine with no articulation. The Bandai Sam is well painted, has reasonably good detail and displays well. 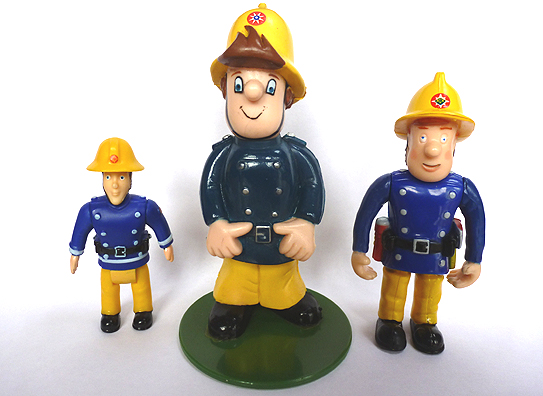 Bandai toys also released the Pontypandy Fire Engine, a Fireman Sam Character Mini Machines pull back and go Jupiter. This was a carded toy in a colourful blister pack with the original Fireman Sam styling. 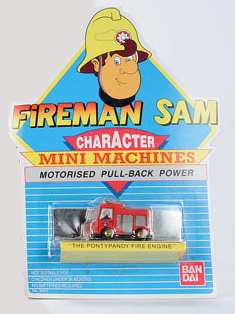