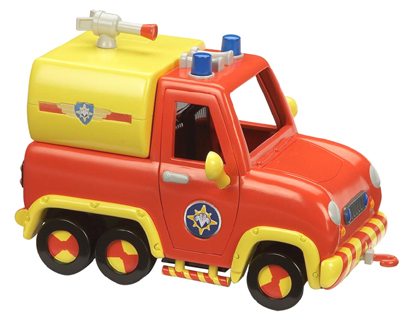 The Venus Fire Engine by Character Options was first released in 2010. An earlier version by Born to Play can also be found; this is a die-cast toy with a more sloped bonnet and a seated Penny Morris figure. 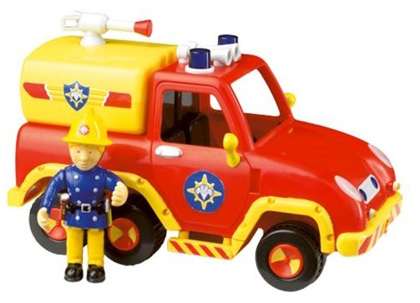 Born to Play Venus and Penny 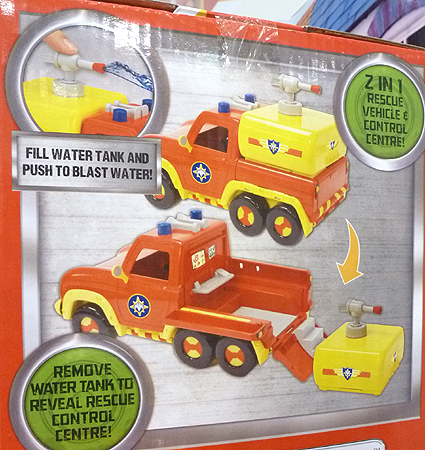 First released in 2012 is the Venus Vehicle Playset by Character Options. This Fireman Sam Venus Playset opens out into a playset with loads of emergency accessories plus sound and light effects. What’s more Venus can actually squirt real water from the top-mounted fire hose. 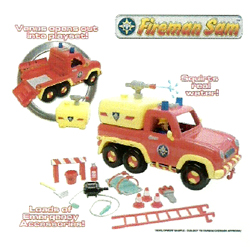