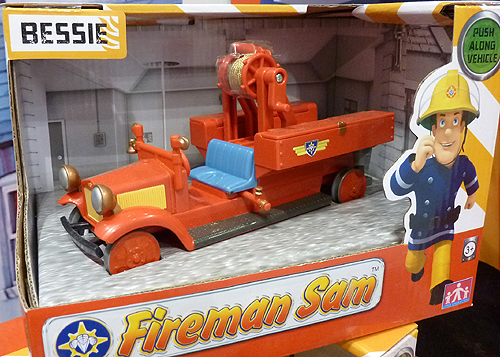 Bessie the Fire Engine is a brand new Fireman Sam release in 2013.

This is the first ever release of Bessie the Fire Engine from Fireman Sam as a toy.

The Pontypandy Fire Brigade still keep Bessie garaged and in good order even though she has of course been replaced by Jupiter, a modern fire engine.

Bessie is a push-along vehicle with several working features.

Wind the handle and the fireman’s hose will go out and back in again.

Open the boxes on each side of Bessie to reveal useful storage compartments.

Bessie is in scale with Character’s Fireman Sam figures. 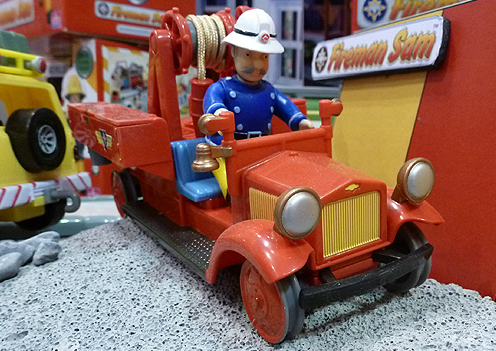