The Fireman Sam Fire Rescue Centre is a brand new playset for 2015. 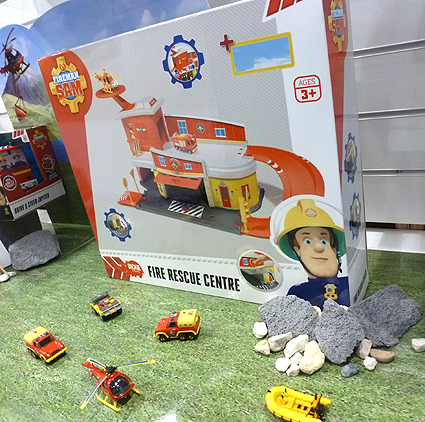 Made by Simba Dickie and distributed by Character Options, the Fire Rescue Centre is an interactive playset featuring the entire Pontypandy Fire Station.

The Rescue Centre set has real opening garage doors and a fantastic long winding ramp to run emergency vehicles down. In a real emergency, simply press the button to flip open the station doors.

The set also has a neat helipad mounted on the station roof for Tom Thomas to land on. The Rescue Centre comes with a number of handy accessories to mount on the playset which easily snaps together.

The popularity of the Ocean Rescue Playset means Character are releasing a die-cast version complete with die-cast Neptune rescue craft. 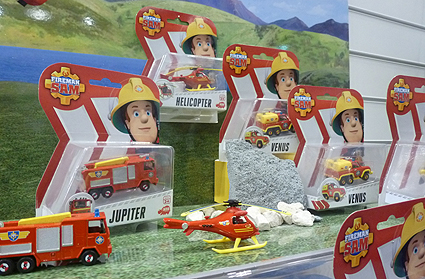 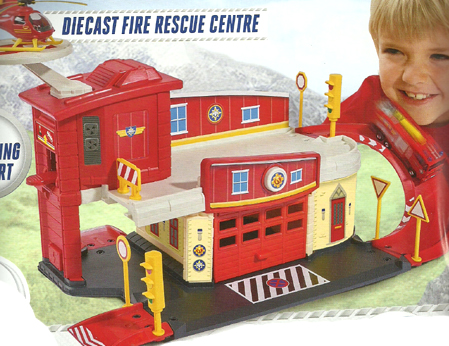